It’s not a vegetarian burger ’til you put bacon on top of it, amirite?

– This is my first homemade burger
– I clearly had no idea what to do
– I got the idea here, where they make a delicious looking spinach burger 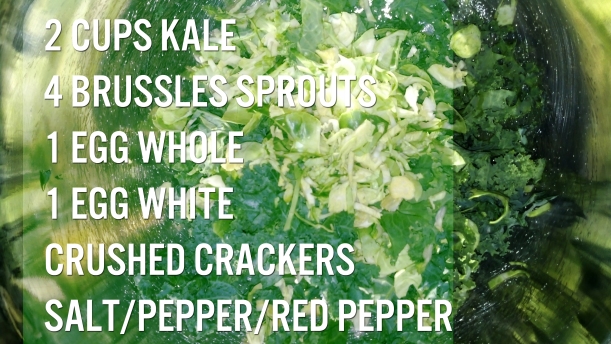 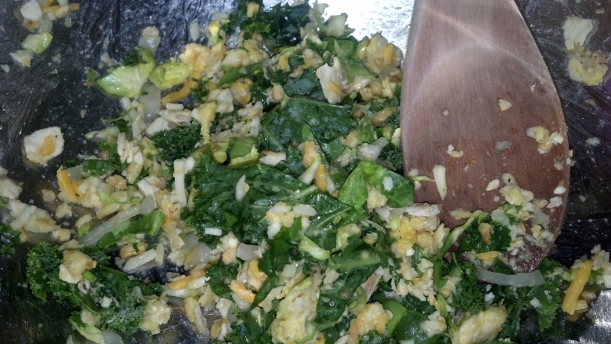 I should add I ate these burgers with ranch, hot sauce, and a little sour cream. Delish!

My husband and I have been in such a rut. We’ve gone out to eat more often than not the past two weeks. We blame it on stress or feeling uninspired, but at this point, it’s really just laziness.

We finally got fed up with ourselves and decided to start cooking again, but with a condition: to force ourselves to use up the food we already had in our kitchen. It’s going to get really interesting (or we’re going to give up and go to the grocery store and/or get some fast food).

We are officially out of meat. But, we bought a ton of vegetables last time we were at the store, so maybe we’ll get creative.

Speaking of creative…Adding ranch mix to anything makes it so much better, to me. I can’t get over this strange baked potato recipe, because it sounds so wrong but it was so delicious. I added roasted brussels sprouts and roasted corn as sides.

What’s funny is, I’ve been getting so creative (compared to my usual shallow cooking skills) but I’ve yet to break out of my breakfast, mexican or baked potato zone. 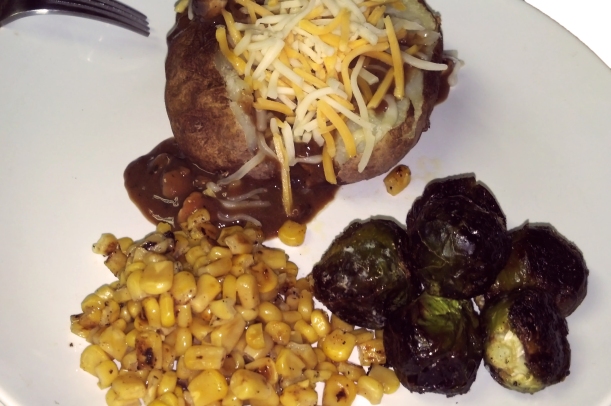 I have an issue with not knowing how to cook. Anything I can successfully cook in one pan is going to be my best bet for dinner. This dish was actually really delicious (and a first for me to attempt). I made some errors that I should have known better than to make, but all in all it was a great meal! I think it’s supposed to be a breakfast, but I’ve been pretty honest about my love of breakfast-for-dinner dishes. I should have cooked the potatoes before throwing in the vegetables, and I used too much oil in my pan. Other than that, this was great! 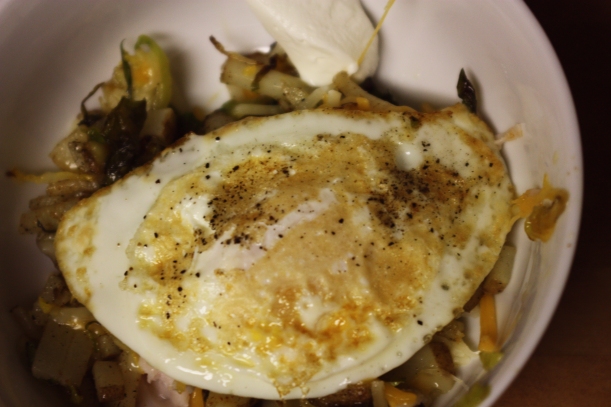 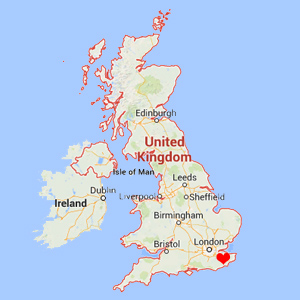